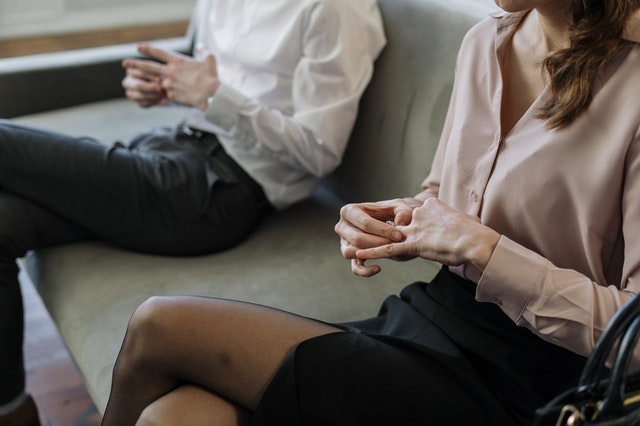 Annulment of marriage in Canada: A tale of two couples

Annulment of marriage in Canada

An antiquated legal construct outlining the grounds for the annulment of marriage in Canada. This still applies in the 21st century, though the rationale for seeking one has changed dramatically.

The concept of annulment dates back to the 19th century within secular and religious legal systems for declaring a marriage null and void. Unlike divorce, annulment of marriage is usually retroactive. This means that if there is annulment of a marriage, it will be considered invalid from the beginning, as if it never took place.

Historically, the reasons for the annulment of marriage included incapacity to marry, child marriage, incestual marriage, bigamy or marriage. These resulted from threats or coercion.

According to Christianity, an annulment is Declaration of Nullity. According to the religious doctrine, marriage is a sacrament and once consummated. Moreover, the marriage cannot be dissolved as long as the spouses are alive. Under Sharia law, if Muslims announce Talaq (repudiation), their marriage is rescinded. According to Judaism, a husband can announce the divorce (also known as a Get) before a rabbinical court. This explains why Canada’s divorce legislation prohibits the withholding of religious divorce in its secular courts.

In the United States, the laws governing annulment are different in each state. Although the grounds for seeking an annulment differ, the common grounds for annulment include underage marriage. Marriage between close relatives, bigamy, duress, fraud and mental incapacity, which could include incapacity caused by intoxication. In more recent times, Americans have expanded the grounds of annulment to include concealment of infertility.

Two recent cases have addressed the evolution of the laws of annulment of marriage in Canada.

In the case of Razavian v. Tajik 2019 ONSC 5662, Superior Court Justice Douglas K. Gray granted an annulment on the grounds that the marriage was never consummated. This was because of the wife’s anxiety over having sexual intercourse. While noting that a spouse disinterested in sexual relations cannot result in an annulment. Justice Gray stated, “It is clear from the authorities that non-consummation must be as a result of an incapacity or inability to consummate rather than a refusal to do so.”

In Razavian v. Tajik, court records demonstrated that the couple met in 2017 while students at the University of Waterloo. They began dating and discussed marriage. During those discussions, the woman told her boyfriend that she did not wish to have a sexual relationship before marriage. He agreed and then proposed marriage. In 2018, they married at city hall in Waterloo, Ont. There was an affidavit filed with the court. In this addidavit the husband stated that his bride kept putting him off because she needed time to overcome her fears.

The couple then separated about seven weeks after the wedding. Moreover, the husband sought an annulment on the basis of non-consummation.

In granting the annulment based on sexual incapacity, Justice Gray ruled: “I think it is a reasonable inference that the respondent’s inability to consummate the marriage arose from a disability of some sort, rather than rom a mere refusal to have sexual intercourse.”

More recently, in the B.C. case of S.Z. v X.J. 2020 BCSC 1336, Justice Wendy A. Baker was faced with a claim. This claim was by a new bride that her husband was impotent and that he refused to get help. In the alternative to an annulment, the bride sought an order that her husband submit to a medical examination. The examination was “to determine his ability to maintain an erection so as to achieve sexual penetration, and the consummation of their marriage.”

Justice Baker weighed the evidence and made the following findings:

1. The husband did not disclose before marriage that he had any sexual problems;

2. Before marriage, the parties discussed having children together;

3. The parties did not live together before the marriage;

4. The marriage was never consummated;

5. The first time the parties attempted sexual intercourse was after their wedding;

6. The husband was unable to maintain an erection;

7. The husband kept putting off visiting a doctor;

8. The husband did not dispute his inability to maintain an erection and achieve penetration.

The annulment was granted based on sexual incapacity. Justice Baker was satisfied that the wife met the burden of proof that her husband was incapable of having sexual intercourse “with her.”

Canada is diverse and includes many ethnicities, religions and cultures from many parts of the world. This makes the process of Annulment acceptable. Annulment has become a preferred choice to divorce because the latter leaves a social stigma on the couple, their family, their community and in their faith. It is much easier for the couple to marry if they were not legally married before. Annulment in Canada, particularly for certain ethnic groups, has become the preferable claim to end a marriage.