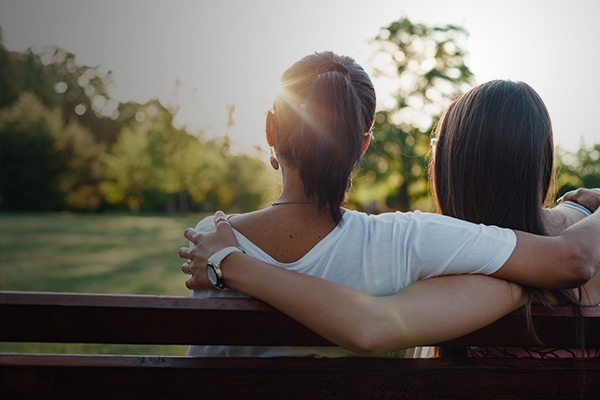 A common fear that often plagues divorcing parents is whether their children will be ok. This is especially the case with teenage children.

At the best of times, teenagers are known to be at an age of transition, where they are bombarded with feelings of insecurity, angst and confusion. Teens tend to feel an overwhelming urge to become independent, assert themselves and make their own place in the world. This often leads to them distancing themselves from their parents. This change in age is frequently exhibited with a poor attitude, rebelliousness, disinterest in the family, and most often, a greater interest in friends.

When parents divorce, it is very common for them to feel a sense of guilt towards their children and a sense of responsibility for the breakdown of the family. However, when it comes to teenagers, the very behaviours that parents may feel guilty about often have nothing to do with the divorce, but rather the natural evolution of teenage behaviour.

It is important for parents to recognize that children, especially teenagers, have their own interests, feelings and views. As a group, teenagers are generally uninterested in family life. The details of their parents’ marriage (and divorce) may not be particularly relevant to teenage children. So when parents who are divorcing observe that their teenage children are pulling away from them, rebelling against their parents’ wishes and spending more time away from home, it may have very little to do with the divorce and everything to do with the normal evolution of the teenager’s journey. Separating parents need to be careful to not take these changes personally. Rather, it is likely that the teenager’s behaviour is typical. Divorcing parents should not rush to blame themselves for their teen’s distant behavior.

Parents should let them know that they are loved. Parents should not expect much back. If all they get is one syllable answers or grunts, accept it as normal. Parents can attempt to engage with their teen by becoming familiar with what their child is interested in – whether that be music, video games or the newest fad in social media.

It is very common for divorcing parents to want to establish fixed times with their teenage children. They may even try to lock the other parent into agreeing to a fixed schedule. It is important to recognize that teenage children have their own interests, plans and expectations. Attempting to impose a fixed schedule of parenting time with a teenage child could actually lead to much greater disappointment for both the parent and child. It is best to lower expectations of the time to be spent with the teen. Make offers, but expect little.

Divorce is a time of change. Not only is it a time of change for the parents going through the divorce, but concurrent with this change are changes that normally occur in the life of a teenager. Parents need to show patience, empathy and compromise. Parents’ wants and expectations will likely differ from that of the teenage child. It is ok to develop rules and boundaries. But be flexible. Encourage open dialogue. Be present. Allow your teenager his own private space. Make the experience of divorce seem normal. Do not act with guilt. Do not impose expectations. Understand your teenage child’s world.

Just be calm and hug your teenager (just not in front of her friends).